The Mendocino County Fire Safe Council, Inc., is a 501(c)(3) nonprofit that fosters partnerships of persons, agencies, and organizations. Our mission is “To inform, empower and mobilize county residents to survive and thrive in a wildfire-prone environment.” 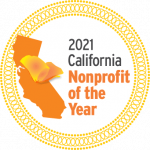 Mendocino County is located in northwestern California and boasts over 100 miles of spectacular coastline. Most of our beautiful 3,878 square miles are covered with forests and oak woodlands, with large inland areas covered in chaparral. The ocean has a moderating influence on the coastal towns, but the climate in the great majority of the county is hot, dry and at very high risk of wildfire, and almost the entirety of Mendocino County is recognized as High or Very High Fire Hazard Severity Zones. (See map at https://egis.fire.ca.gov/FHSZ/.)

The Mendocino County Fire Safe Council was founded in 2003 by Colin Wilson, Chief of the Anderson Valley Fire Department and then-President of the Mendocino County Fire Chiefs Association, and Julie Rogers, then Volunteer Coordinator of the Coalition to Save the Ukiah Air Attack Base, on the heels of a successful campaign to retain the CAL FIRE (then CDF) aerial firefighting base at the Ukiah Regional Airport.

It had become clear that a proactive grassroots effort toward wildland fire safety was sorely lacking in Mendocino County, and local and CAL FIRE chiefs were gathered to assess the best approach. It was decided that a countywide Fire Safe Council, with numerous Neighborhood Fire Safe Councils under its aegis, would be the best working model for such a large and diverse county. The MCFSC was established with the mission “To inform, empower and mobilize county residents to survive and thrive in a wildfire-prone environment.”

In January 2004 the Council’s first public educational meeting in Ukiah drew a crowd of 90 persons, who donated $1,200 toward MCFSC’s first year of operations. MCFSC was incorporated on March 3, 2004. The majority of the initial directors on its board were fire professionals, but measures were taken to ensure that within a year the majority would be interested citizens from various interest groups and locations throughout the county, which is still the case.

MCFSC assisted in the creation in 2005 of the Mendocino County Community Wildfire Protection Plan, its update and revision in 2015, and the County of Mendocino’s 2021 CDBG grant application for another update.

During the mid-teens, MCFSC had become almost entirely dormant for several years, but multiple devastating local wildfires in 2017 sparked a renewal of interest in our mission. The Mendocino County Resource Conservation District took MCFSC under its wing in 2018, assembled a new Board of Directors, and began taking steps to reactivate the agency. The Community Foundation of Mendocino County and the County of Mendocino provided generous capacity-building and base-funding support, and MCFSC began to re-establish itself and regain independence from MCRCD.

In January 2020, Executive Director Scott Cratty was hired, and has presided over exponential growth since then in our funding, internal stability, projects, programs and program creation, extensive education and outreach products and efforts, equipment purchases, and in organizing and supporting Neighborhood Fire Safe Councils countywide, more than doubling their number within a year or two. Tremendous progress and growth continue to occur in all areas of our work, including the DSAFIE (Defensible Space Assistance For Income Eligible) program, created in 2020, which provides wildfire safety work to low-income senior and disabled residents who cannot accomplish their own defensible-space clearing, by offering free services from a bespoke crew of workers from the Hopland Band of Pomo Indians as an economic-development component of this program.

For these reasons and the timeliness of our focus, the Mendocino County Fire Safe Council was named Nonprofit of the Year 2021 in California State Assembly District 2.

MCFSC has brought millions of dollars of federal, state and other funding into Mendocino County, accomplished countless fuel-reduction and other projects, and continues its ongoing offerings of chipper days, defensible-space clearing, reflective signs, NFSC leadership support, and other services. Our work continues to grow as record-breaking wildfires continue to threaten lives, property and the environment, and we appreciate your interest and support for this vital work.

The Mendocino County Fire Safe Council invites you to support and follow our work by making a tax-deductible donation, subscribing to our newsletter, and/or becoming a member. Or contact us by clicking here.