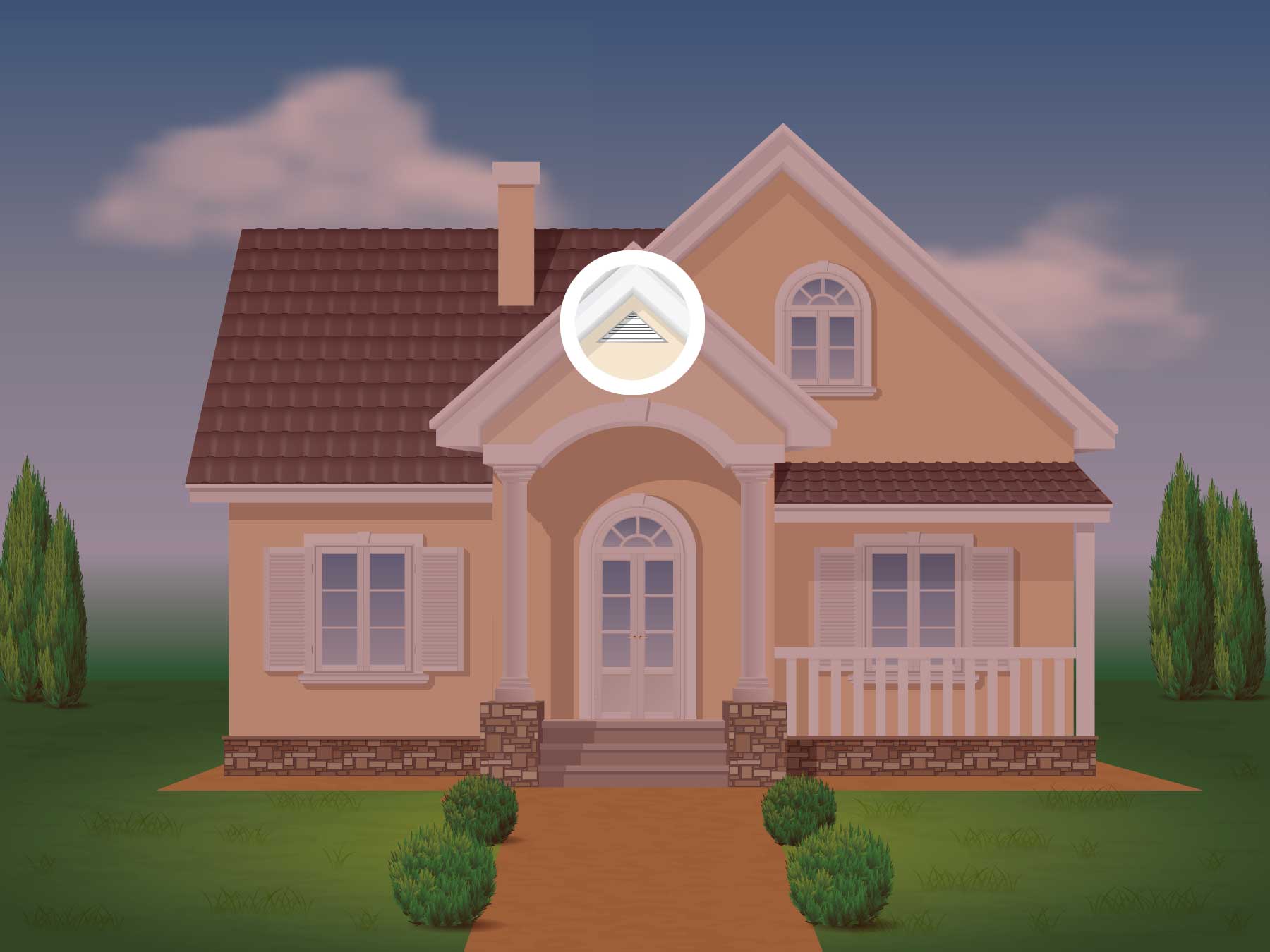 Listed in order of importance

Fire safe vents are a top priority.  They can prevent embers from starting fires by penetrating attics or crawlspaces.

Vents on homes create openings for flying embers. Ember entry through vents can result in ignition of combustible materials in the attic, and result in a building burning from the inside out. The importance of ember and flame entry into vents during wildfires has resulted in the development of commercially available vents designed to resist the intrusion of embers and flame, and recommendations for new or retrofit vents to protect existing openings.

If enough embers are able to enter the building through a vent or open window, they can ignite materials inside the building. An ember that gets inside an attic or crawl space could ignite items stored in those locations, such as newspapers, cardboard boxes, or insulation.

It is recommended to:

• Use manufactured and CA approved vents (see below) to retrofit existing attic, soffit, basement, foundation, and gable vents where possible.

• Common 1/4″ screens are ineffective, and should be replaced or retrofitted*.

• Do not use fiberglass or plastic mesh because they can melt and burn.

• Protect vents in eaves or cornices with baffles to block embers, backed by 1/16″ wire mesh (mesh alone is not enough).

• Consult with a building contractor, architect, or engineer to ensure that adequate ventilation exists when installing ember resistant vents which may restrict airflow.

Here is a good basic fact sheet about vents.

The importance of ember and flame entry into vents during wildfires has resulted in the development of vents designed to resist the intrusion of embers and flame. This development has been encouraged by language in Chapter 7A of the California Building Code.

Chapter 7A says that vents must resist the intrusion of embers and flames, or that they shall be protected by corrosion resistant noncombustible wire mesh screen with 1/4″ openings. 1/8″ mesh is also allowed, and is preferred based on recent research, and experience and knowledge gained in large WUI wildfires. Vent designs that incorporate plastic components would not comply with the noncombustible wire mesh screen language in Chapter 7A.

Chapter 7A language also specifies that vents cannot be used in an eave application unless that vent has been shown to resist the intrusion of embers and flame. Modifications to Chapter 7A that would provide for more prescriptive measures for complying are currently being considered by the California Building Standards Commission.

Several vents have been accepted for use by the Office of the State Fire Marshal – these vents can be used in applications where ember and flame intrusion resistance is required. These vents typically use a combination of screening and other design features such as baffles or intumescent materials to resist intrusion of embers and flames.

Vents accepted by the OSFM have provided testing information that was conducted by an accredited fire testing laboratory. Testing has evaluated the ability of a vent to resist intrusion of embers and flames. Since vents can be exposed to embers, without being exposed to flames, separate tests are run.

In addition to information regarding ember and flame intrusion resistance, it is important to maintain adequate air flow through your vents. This is normally given in percent net free area and provides information on how much area the wire (or other device(s) used in the vent design) is occupying. For comparison purposes, 1/4″ mesh screen has a net free area of 81%. 1/8″ and 1/16″ mesh screen have net free areas of 75% and 71%, respectively. Screening with smaller openings typically uses smaller diameter wire.

Read the report Vulnerability of Vents to Wind-Blown Embers to learn about recent research conducted to evaluate vents for wildfire ember resistance.